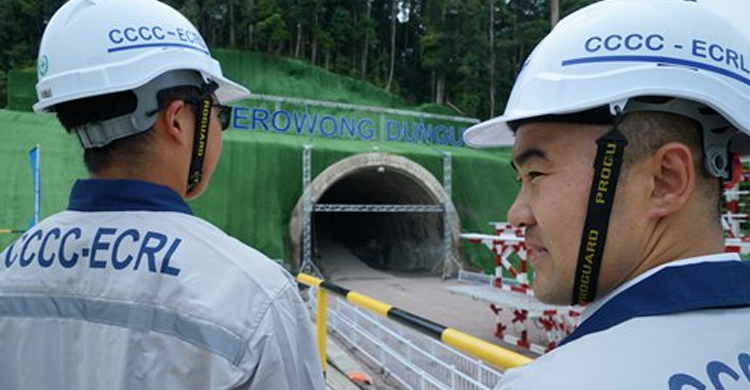 The China-proposed Belt and Road Initiative (BRI) has greatly boosted China's foreign trade, achieving major progress in Europe and Asia and also cushioned the negative impact brought on by the US-initiated trade war, Chinese analysts said over the weekend.

Beyond foreign trade, the BRI, as a way of how China interacts with the world, offers a stark contrast to the America First approach heralded by the current US administration, the experts said.

The BRI, now 6 years old, is a massive development plan aimed at promoting interconnection of infrastructure and economic and cultural exchanges between China and neighboring countries.

Boosted by the initiative, China's western provinces have recorded fast growth in their foreign trade, with a total 12 provinces and municipalities posting a foreign trade annual growth rate of 14 percent in the first half of the year, according to a report by Chinese news site jiemian.com on July 29.

The growth rate was 10.1 percentage points higher than the national average.

With foreign trade between China and ASEAN growing 4.2 percent year-on-year in the first half  of 2019 to $291.85 billion, the two sides have conducted a series of key projects from connectivity arteries to industrial parks, the spokesperson for the Ministry of Commerce (MOFCOM) said on Wednesday.

As of 2018, bilateral investment volumes grew 22 times in 15 years and ASEAN has been a major destination for Chinese overseas direct investment.

ASEAN nations striving to spur growth against the backdrop of simmering anti-globalization have been riding the wave of BRI, as landmark BRI projects are giving local economies a much-needed boost, the experts said.

They said a high-speed rail project linking Jakarta-Bandung is on track to catapult Indonesia to be the first ASEAN nation to join "the bullet train club."

The Indonesia Java No.7 coal-fired power generation project, comprising two 1,050 megawatts units, is poised to be a great shot in the arm for the southeastern Asia economy which still has a low electrification rate, they noted.

Two China-aided bridges, when complete, will help with traffic congestion in metropolitan Manila and the East Coast Rail Link is expected to connect Malaysia's east and west coasts, the experts noted.

Without the initiative, these projects being built and pushed forward by Chinese firms would be much more difficult to accomplish, they said.

Besides concrete projects, the BRI also brought career opportunities to local people and a ladder to improve their lives, the experts said.

Tulus Martini from Cilacap in Central Java, working as a human resources specialist for Energy China's Java No.7 coal-fired power generation project in Serang, recalled her career from "a nurserymaid to a well-paid white-collar worker."

The makeover, enabled by learning Chinese and working with Chinese companies, she said, has changed her life for the better.

Chinese experts said Tulus Martini's case was symbolic of how BRI has aided ASEAN economies and hundreds of millions of people in the region aspiring to turn their lives around.

Chen Fengying, a research fellow at the China Institutes of Contemporary International Relations, told the Global Times that the expansion of the BRI could actually help boost Chinese exports to partner countries and regions.

"As many companies have built up industrial parks overseas, they need to import parts or materials needed for production from China," Chen said.

The promulgation of the initiative also become a bandwagon onto which central and western Chinese regions could jump, to develop trade with a new destination or produce exports unwanted by China's original trading partners, bringing them to the forefront of opening-up, experts said.

Beijing has achieved significant progress in pushing negotiations for the Regional Comprehensive Economic Partnership negotiations over Friday and Saturday, a MOFCOM spokesperson said on Saturday.

RCEP is a proposed free trade deal between ASEAN and its six trading partners including China.

As the trade war between China and the US wages on, the progress of BRI has provided some cushions to companies caught up in the tariff battle.

"So far China has been able to effectively diversify its sources of supply for many agricultural and mineral commodities for which tariffs were imposed on US imports as these are relatively easily obtained from other nations worldwide," Rajiv Biswas, Asia-Pacific chief economist with IHS Markit.

As BRI is based on win-win, so it has immense potential for future growth, said Dong Dengxin, director of the Financial Securities Institute at the Wuhan University of Science and Technology.

"Because of the trade war, China will develop a closer and deeper economic relationship with more countries," Dong said.

"The Chinese approach of win-win, and its contribution to multilateralism will help the country win the respect of world countries and attain global leadership."

To pursue connectivity between Europe and Asia, the EU and ASEAN agreed to upgrade their relations to a strategic partnership on Friday.